Madison City Schools celebrated its silver anniversary on Sunday with a reception for past and present leaders. Another observance is planned next Fall combining the opening of Journey Middle with the 25th anniversary of the first school-year start.

Twenty-five years ago, on Oct. 16, 1997, the Madison City Council formally approved the measure that created a Madison City Board of Education. That move set in motion the huge challenge of building a school system apart from the countywide school district that Madison and Triana had been under. The task was accomplished in time for the system to open with the 1998-1999 school year.

The move to independence was spurred by a citizen movement in Madison started several years prior. Proponents - led by parents, community leaders and area leaders - demanded higher excellence for schools serving Madison than a countywide system could provide.

The citizens of Madison and Triana laid the groundwork by approving property tax increases on themselves and pushing through the complex legal, budgetary and logistical hurdles to form a school district.

The rest is history.

Madison City Schools has grown from 5,638 students and six schools in 1998 to over 12.400 students today spread across 11 campuses - 12 when the new Journey Middle School that is under construction opens in fall 2023. Its students; music, arts, athletics, theater programs; and widespread academic programs consistently outperform other districts across the region, state and nation. 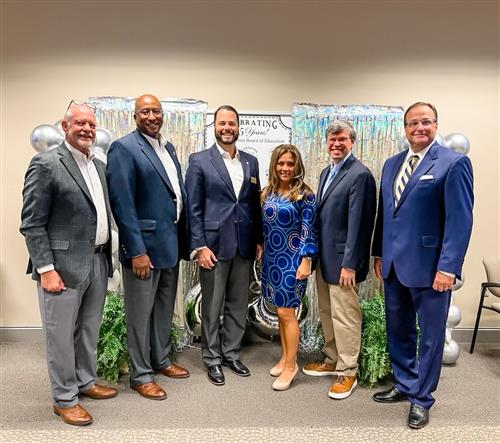 October 16, 2022 reception celebrating the 25th anniversary of the Madison City Board of Education