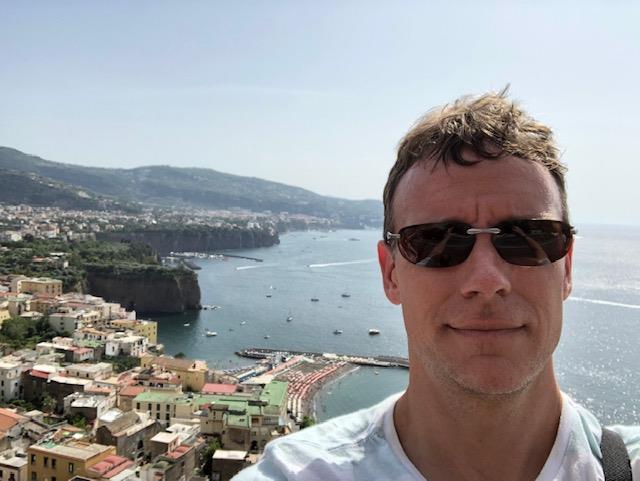 Mihi nomen est Magister Congo.  Hello All!  My name is Mr. Congo and I am the Bob Jones Latin teacher.  I first took Latin in high school at Huntsville High.  I continued studying the Greek and Roman languages and cultures in college.  I received my Bachelor's Degree from the University of North Carolina in Wilmington and my Master's Degree from the University of Kentucky.  I started teaching at Bob Jones High School in Madison in 2006 and began teaching ACCESS courses the following year.  I enjoy teaching students about the ancient world and believe that there is still plenty for us to learn from their culture and writings.

I am also the state co-chair for the Alabama Junior Classical League, which is the organization that connects all of the Latin clubs in Alabama.  The AJCL holds multiple events throughout the year, including the state convention in April.  If you are interested in becoming a member of the AJCL, please let me know and I will send you the information.  I lead a group of students to the state convention every year, as well as the national convention.  I have received two grants which have allowed me to participate in an archaeological dig of a Roman fort in the UK and photograph Roman archaeological sites.  I also travel with students on a regular basis to Italy and/or the UK.

I live in Tanner, outside of Athens, with my family, two sons and a daughter.  We enjoy hiking and kayaking on the weekends when the kids don't have soccer games.  We have a small farm, growing fruits, raising chickens, and bees.  I'm often out on the weekends in Athens, Decatur, Madison, and Huntsville.  If you see me, be sure to say 'salve'!  (It's pronounced 'sal - way'.)