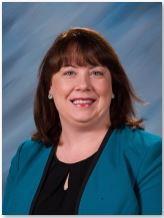 Dr. Wade has 8 years of experience as a successful classroom teacher and coach. She began her teaching career at Discovery Middle School in January of 2007. She taught regular 8th grade math and Honors Algebra. Mrs. Wade also served as the assistant coach of Bob Jones Swimming and Diving.  She then transitioned to head coach of James Clemens Swimming and Diving when the team was founded. Dr. Wade transferred to James Clemens High School in August of 2013. While at James Clemens, she taught Algebra and Algebraic Connections. In January of 2015,  Dr. Wade transferred to the district level to serve as the Secondary Math Specialist for Madison City Schools.

Dr. Wade began her career in administration as an Assistant Principal of Discovery Middle School in July of 2018.

Dr. Wade is a native of Utah, but has has been a resident of Alabama since her teenage years. She is  married and the proud mother of three children. She enjoys traveling and spending time with her family.