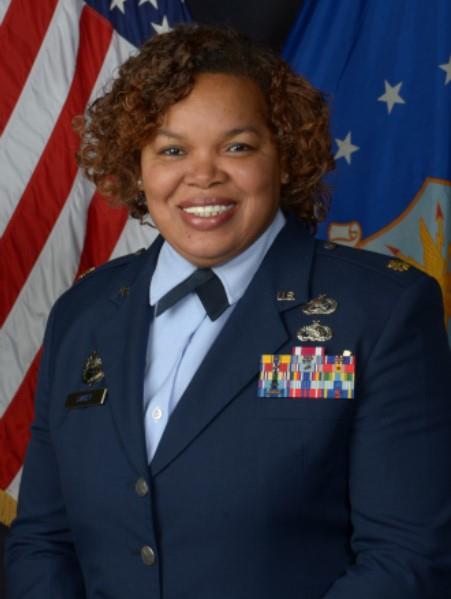 Maj Lacey began her career as an Air Force enlisted member, serving as a Computer Systems Analyst at Hahn Air Base in Germany, Hickam AFB in Hawaii, Langley AFB in Virginia, Riyadh Royal Saudi Air Base in the Kingdom of Saudi Arabia, and Gunter Annex in Montgomery, AL.  She received her commission through Air Force ROTC Det 019, Alabama State University.

As an officer, Maj Lacey served as an Airlift Operations Officer at Andersen AFB in Yigo, Guam, and as a Section Commander at Nellis AFB in Las Vegas, Nevada.  She realized her love for teaching while serving as an Associate Professor of Aerospace Studies, AFROTC, Alabama State University.  Afterwards, Maj Lacey was assigned to the Air Force Manpower Agency and HQ Air Education and Training Command in San Antonio, TX. In her final assignment at Davis-Monthan AFB in Tucson, Arizona, Maj Lacey served as the Operations Officer and stood up the 355th Force Support Squadron.

Dr. Lacey’s educational philosophy is simple.  She believes in challenging students, but meeting them  where they are, regardless of socioeconomic status.