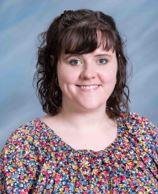 After graduating from Vestavia Hills High School in 2008, Ms. Guindon attended the University of Montevallo and graduated in 2012 with a Bachelor's degree in both English and French. She worked for one school year in France before returning to complete her Master's degree in World Languages and Culture with a specialization in French at Colorado State University. Shortly after her time at CSU, she completed an alternative teaching license program in order to become certified to teach in public schools.

Ms. Guindon began her teaching career in 2012 as an elementary English Teaching Assistant in Gien, France. When she finished her graduate studies, she started teaching Kindergarten in French at an immersion charter school in Fort Collins, Colorado. After 4 years teaching both French and English to K-2 students, Ms. Guindon transitioned to a regular Kindergarten position at an arts charter school also in Fort Collins for 2 years. When her husband received a job in Auburn, Alabama, she returned to her home state and taught kindergarten for one more year in Russell County, specifically at Dixie Elementary School. When there was another change in her husband's position, they moved up to the Huntsville area from Opelika, and Ms. Guindon enthusiastically accepted the position of French teacher at Discovery Middle School.

Ms. Guindon grew up in the Birmingham area, specifically in Vestavia Hills. She and her husband are recent transplants to the Huntsville area. They moved up here with their dog Levon and two cats Titan Cat and Dorty. In her free time, Ms. Guindon enjoys spending time with her family, including her multiple nieces and nephews, two of whom live in Blossomwood. She also loves to try new restaurants, read horror stories, listen to podcasts and music, and watch TV shows and movies.