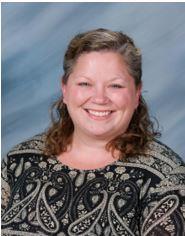 Mrs. Haynes attended high school in Jackson County, Alabama.  She is a graduate of Section High School.  She chose to further her education at Auburn University for her B.S. in Secondary Science Education in 2013.  After teaching for a few years, she went back to Auburn to receive her M.Ed. in Secondary Science Education while working as the STEM Lead for the Truman Pierce Institute.

Mrs. Haynes' first teaching job was at Opelika Middle School, where she had the pleasure of teaching 8th Grade Physical Science.  After that, she worked at Loachapoka High School, teaching 7th and 8th Grade Science and a STEM elective.  When she was invited back to Auburn to work on her Master's with a tuition-waived paid assistantship, she had to make the very difficult decision to leave and pursue her educational dreams.  When she had completed her Master's degree, her family had decided to leave the Auburn area and move closer to North Alabama, where her extended family lives.  She began working for West Limestone High School teaching 7th Grade Science.  Her true passion is STEM education, especially after her experience in Graduate School where she was heavily trained and taught teachers how to teach STEM.  A STEM job at Discovery Middle School opened up, and she took another leap of faith.  She loves coming up with STEM challenges, and teaching kids 21st Century workforce skills, and preparing them for a future that none of us can even fathom yet.  Since then, she has began Discovery Middle School's first Science Olympiad team. In their first year, they placed 5th in Alabama.

Mrs. Haynes grew up in the small town of Section, Alabama where she loved being around people and cheering under the Friday night lights.  She met her husband in high school, and they continued dating into their college years.  She got married before finishing up her degree at Auburn, and had her son before she had finished up her undergraduate degree.  After Graduate School, she moved to Madison to be closer to her and her husband's family.  She had a daughter, and soon began working for Madison City Schools.

Mrs. Haynes enjoys many hobbies outside of school including knitting, crochet, singing, dancing with her kids, reading books, and going on family vacations.