Some 58 percent (560) were offered $45 million in scholarships. Approximately $20 million-worth of scholarships had been accepted by the end of the school year so far - an average of just under $38,000 each.

An impressive 371 students (more than a third of the entire senior class at both high schools) graduated with a 4.00 or higher Grade Point Average, with 29 ending above a 5.00 G.P.A.  Eighteen percent (18) scored a 30 or higher on their ACT.

Madison City Schools produced 16 National Merit Finalists, 8 U.S. Presidential Scholar candidates (four each from BJ and JC) and both schools racked up countless awards in academics, athletics and the arts.

Surveys by each high school indicate 65 percent of the graduating seniors will embark to a four-year university and 18 percent to a two-year college. Some will enter the military (three percent) and some will go directly into the workforce (eight percent), hopefully aided by one of the outstanding career tech academies at MCS. The six percent who are undecided will no doubt find their purpose and pursue it.

While many of the college bound graduates will stay in-state, others are fanning out to universities across the country and globe. James Clemens reports acceptance to 79 colleges across 23 states and three countries outside the United States. Bob Jones has students enrolling in 70 colleges across 26 states.
5/21/2021 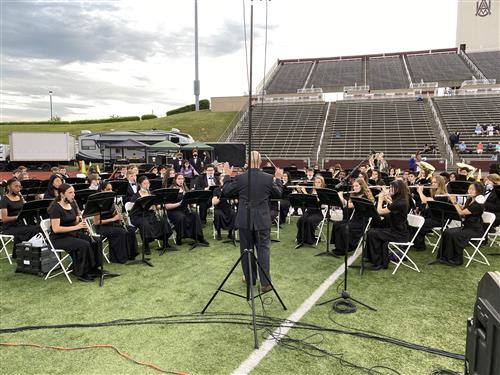