Journey Middle School in Madison has a principal to help guide it to its opening in fall 2022.

The Madison City Board of Education approved Superintendent Dr. Ed Nichols’ recommendation of Dr. Stewart at its July 1 board meeting. “We are so excited and proud of Dr. Stewart and look forward to her success in this new role as principal of Journey Middle,” Dr. Nichols said.

In brief remarks to the board, Dr. Stewart noted she plans to hold fast to her lifelong commitment as an educator to always do what's best for students. She also said she would work hard to build student capacity and student success.

A graduate of Fisk University and Tennessee State University, Dr. Stewart has been an administrator in Madison City Schools since moving here from metro Nashville in 2014 where she served in teacher and assistant principal positions. Dr. Stewart, likewise, transitioned into various leadership roles here in Madison City.

Construction on the 1,200 student, 170,000-square-foot Journey Middle School began in 2020 and is  targeted for opening in Fall 2022. The name, Journey Middle (Jaguars) was selected from among 700 names submitted by the public.

One other hire was recognized at tonight's board meeting. Bradley Kimbrough will coach the softball team at James Clemens High School. He comes from coaching duties at Huntsville High School and Sheffield High School as well as UNA. 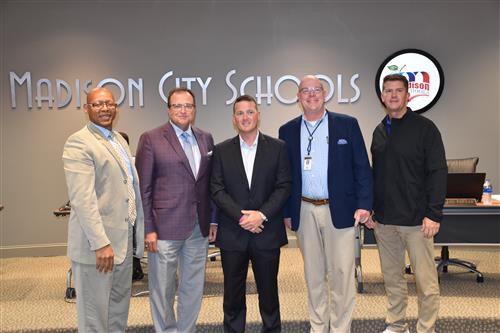 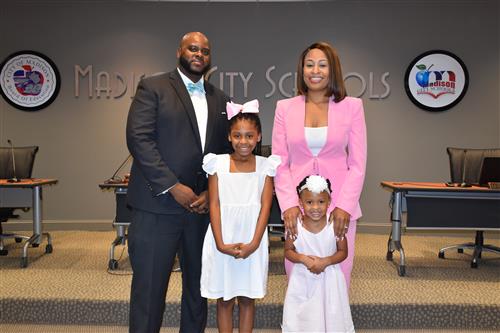