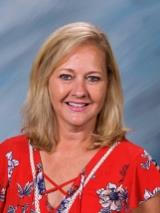 Hi!  My name is Mrs. Maynard and I will be one of your fifth grade teachers at Mill Creek Elementary School.

I earned my Bachelor's Degree from Auburn University (1991)  WAR EAGLE!!!  After graduating from Auburn, I continued my education by earning my Master's Degree from Alabama A&M (1992).  Throughout my career, I have always strived to grow in my educational journey.  With this in mind, I began the rigorous process of becoming a National Board Certified Teacher in 2016.  I earned this NBCT certification in December of 2017.

In the fall of 1992, I began teaching sixth grade at Liberty Middle School.  The following year, I transferred to fifth grade and have been teaching fifth grade since 1993.

I am very excited about having you in my class.  I know we are going to have a GREAT year!