Madison City Schools held its districtwide Institute Day for  employees - an all-hands assembly to celebrate top employees and get inspirational takeaways from speakers.

This year's theme for the school year is "Glad to Be Here."
All employees were issued shirts bearing that message to wear on the first day of school Aug. 3.

Bonnie Howard, Elementary Teacher of the Year for MCS

Superintendent Dr. Ed  "Throttle" Nichols and Assistant Superintendent Mr. Eric "Vapor" Terrell livened up the program in the opening roll call of schools by using call signs for each principal.

The monikers were fitting since the keynote speaker was a former lead solo pilot  for the elite Blue Angels flying team of the U.S. Navy.

John "Gucci" Foley wowed the audience with descriptions of the type of precision flying Blue Angels aviators had to do and the tremendous trust they each placed in one another to conduct maneuvers flawlessly.

He likened the teamwork to the commitment it takes from all sectors of education to invest in and inspire students to do their best. His talk included video clips of fast action flying and a debriefing where pilots scrutinized their flight maneuvers - owning up to any mistakes and always striving to do better.

Foley said the Glad to Be theme sends a powerful message of gratitude, which he said is important in self esteem and confidence. He reminded teachers that they may be the one person that influences a students' life direction more than anything simply by believing in them and inspiring them to learn the subject areas they are most passionate about. 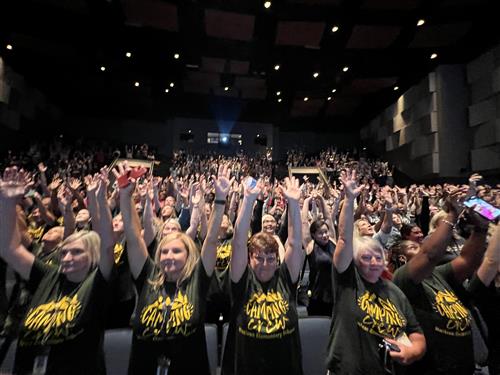 John Foley holds up helmet he used with the Blue Angels 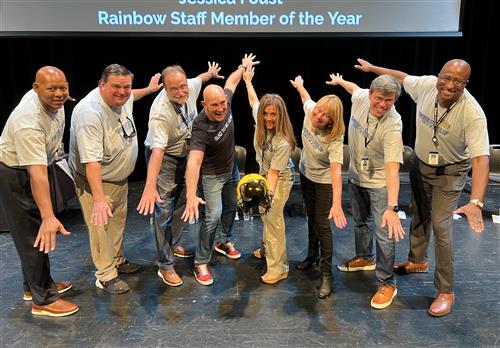 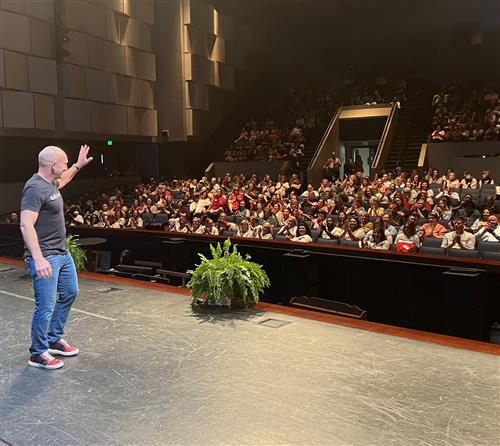 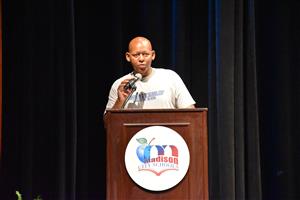 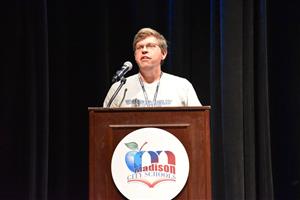 Dr. Nichols welcoming motivational speaker John Foley off the stage, both in "Glad to Be Here" shirts. 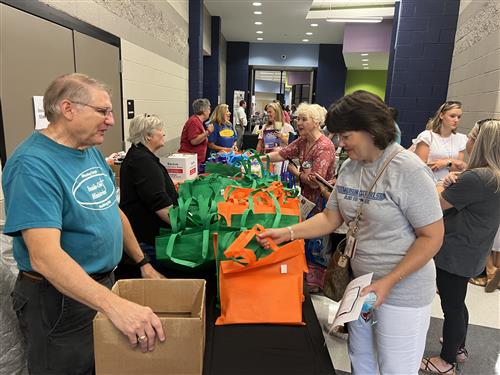 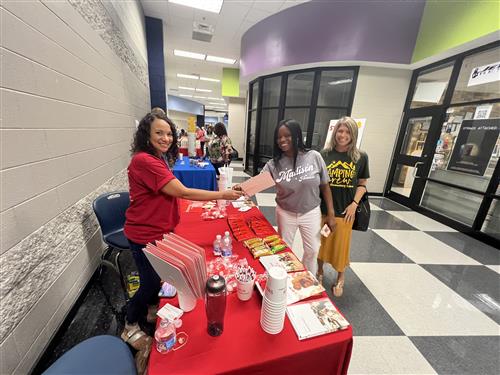