Journey On Schedule & Under Budget

Journey Middle School is nearing completion in early 2023. And it will likely be millions of dollars under budget as well.

Here are some updated aerial photos of the construction site from late November-early December 2022. 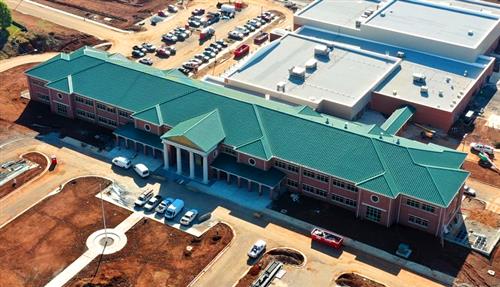 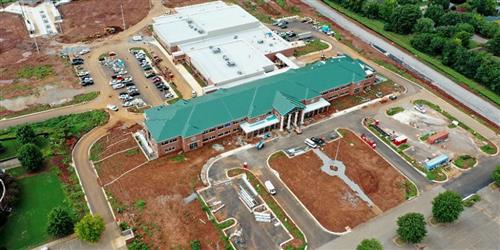 Madison City Board of Education members got a construction update October 13th from the project's construction manager.
Shane Bagwell with Volkert Inc. reported the 170,000 square foot Journey is on track to be about $7.5 million below estimate. The final tab on Midtown Elementary, which opened last year and still had a few punch list items, will be about $750,000 below its projected final budget, he added. 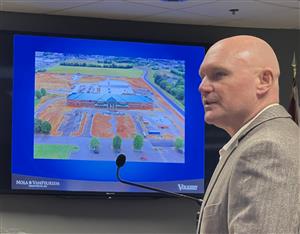 Bagwell said in that October meeting the lower costs are the reality of good timing with bidding, which is now more unpredictable given the market. Board members were pleased with the good news and were informed the budget saving can be rolled over into future projects. Next on the school system's building needs is another new elementary school. Land for that has already been acquired.

Superintendent Dr. Ed Nichols reported later in the October 13 board meeting that enrollment continues to grow in Madison City Schools. Enrollment now stands at 12,391 students - up more than 500 since the school start.

There was other good news from tonight's meeting. Average ACT scores for MCS went up despite a decline nationally and statewide, with Madison City's climbing slightly to 23.7 from 23.5, compared the new 19.8 national average and 18 state average.
The Board added another SRO and also approved a higher pay scale for substitutes. Dr. Nichols said the pay adjustments may help ease the difficulty in hiring teacher, lunchroom and custodial substitutes as well as aides. The new daily teacher substitute pay is $90 for noncertified teacher substitutes and $115 for certified teachers.