The Madison City Board of Education today approved a new principal for Columbia Elementary and assistant principals for Columbia, Rainbow, Heritage, Madison and Horizon elementary schools.

The promotions are new for the position but not new to Madison City Schools. All come from within the district and are mostly transferring schools.
Mid-year retirements of several principals began the domino-like effect of changes.

In today's special called meeting of the Board,  Miranda Bolden was named principal of Columbia Elementary.

Ms. Bolden began her teaching at Columbia so has come full circle in becoming principal there. She comes from Assistant Principal at Rainbow Elementary where she had also been in the Madison Aspiring Administrators Program (MAAP) assigned to Rainbow. 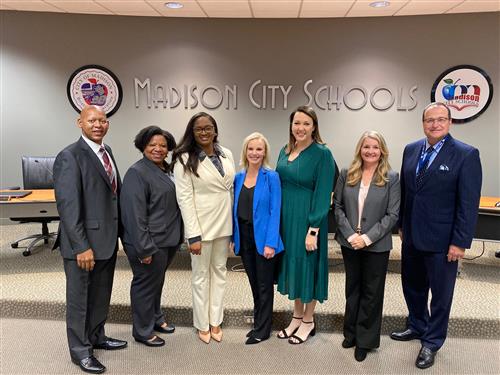 The following asistant principals were approved today by the Board: