Some 60 percent (592) were offered $61 million in scholarships. Approximately $23.5 million-worth of scholarships had been accepted near the end of the school year so far - an average of nearly $40,000.

An impressive 19 percent scored a 30 or higher on their ACT.

Surveys by each high school indicate 64 percent of the graduating seniors will embark to a four-year university and 17.6 percent to a two-year college. Some will enter the military (3.2 percent) and some will go directly into the workforce or take a gap year (10.4 percent) - hopefully aided by one of the outstanding career tech academies at MCS like the new welding program and others.
The 4.4 percent who are undecided will no doubt find their purpose and pursue it.

While many of the workforce and college bound graduates will stay in-state, others are fanning out to universities across the country and globe.

Order information for DVDs of each graduation ceremony: is as follows: 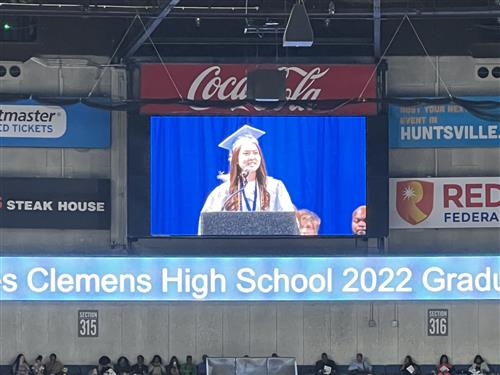