James Clemens and Bob Jones high schools may be rivals, but they often cheer each other on in sports tournament play.

Such was the case this week at the Rocket City Classic High School Bowling Tournament at Pin Palace.
JC bowling coach Kristin Hartland included a few pics of both teams in an email to Supt. Dr. Nichols and to JC admins on JC's Boys Bowling team performance.
Ms. Hartland was excited to share the news of their first tournament as a bowling team. While they fell short of a 1st place tourney win, her enthusiam over individual and team play was very evident in reporting comebacks and stellar individual and team performances. "Of course, the scoring didn't stop then as the JC Boys went on for the 5th/6th place battle against our very own Bob Jones. With victory in their eyes, the JC boys scored a collaborative 204 in their first Baker's game against BJ and 201 in their second game. (The third was not so good). JC and BJ were having an amazing time together, cheering each other on and all around enjoying the sport of bowling. In the end, we truly encompassed the Madison City: "Two Schools. One CIty. One Heart." 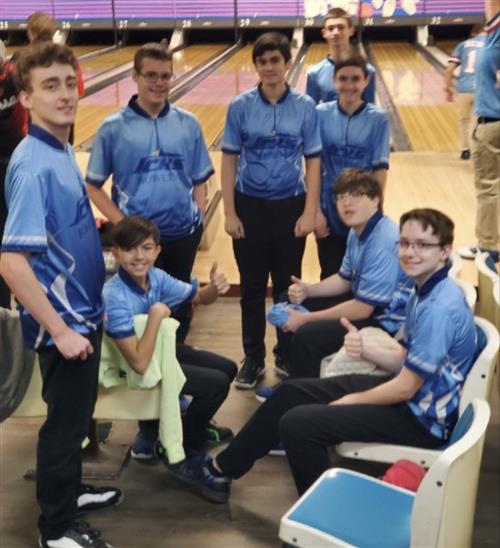