Madison City Board of Education President Tim Holtcamp said growth is in the DNA of Madison City, with average 250-student increases for many years and up to 500 or so in recent years. Because of continual community support, “we stand here today ushering in the next 20 years of the Madison City School District with a new elementary school for its children, Midtown Elementary.”

Madison Mayor Paul Finley said: “The City of Madison holds immense pride for our school system. Breaking ground on Midtown Elementary is another step towards positive growth in our community, serving parents, children and teachers with a learning space suited for the high education standards held for our area.” Mayor Finley thanked the community for entrusting school and city leaders in steps to manage growth.

Midtown’s mascot will be the Wildcats, a carryover from West Madison Elementary. West Madison will be repurposed as West Madison PreK Center when Midtown Elementary opens in fall 2021.
Stanley Construction Co. did the site preparation work and Bailey-Harris Construction is the prime building contractor.
Construction on the new middle school in Madison will get under way in the coming months. That school, which has yet to be named, will be built off Celtic Drive adjacent the Central Office. WAFF-48 coverage;  WHNT-19 report 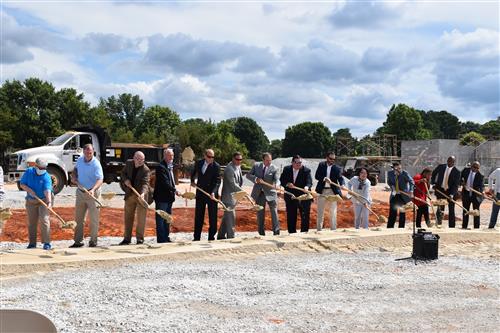 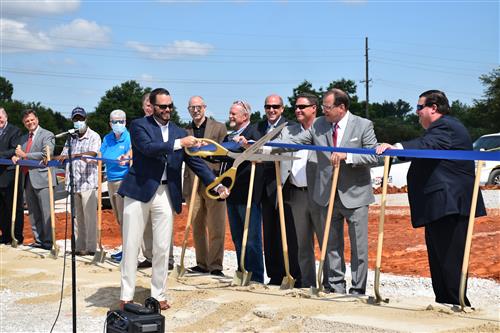