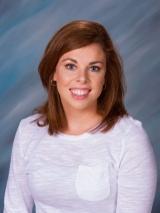 My husband, Keith Sedberry, and I married in June 2012. We added to our family in December 2012 by adopting from MARF a chihuahua/pomeranian mix puppy, Lincoln. We continued to add to our family and welcomed our son, John David, into the world on October 8, 2015. We welcomed our second son, James, into the world on May 30, 2018. Our family enjoys traveling, being outdoors, and yelling "WAR EAGLE!" on game day.