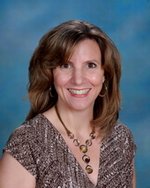 I was born and raised in Lake Charles, LA, but relocated to Las Cruces, NM soon after graduating from McNeese State University.  I spent the next sixteen years living and working in Las Cruces and El Paso, TX.  I met my husband at New Mexico St. University where we were both students.  We were married in 1996 and have two boys.

We moved to Madison, AL in the fall of 2008 when my husband, Nikolas took a job with a Defense Contractor in Huntsville.  I am very happy to be back in the South.  My family and I are enjoying all of the cultural, sporting and educational attractions of the Huntsville area.