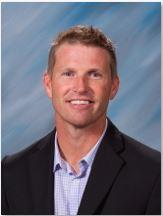 Mr. Yancey has 12 years of experience as a successful classroom teacher and coach.  He taught history at Homewood High School in Birmingham, Alabama for one year. He then taught history and coached various sports for 11 years at Bob Jones High School in Madison.  Mr. Yancey began his career in administration as the Freshman Academy Principal in Huntsville City Schools. Mr. Yancey held the position for three years then transitioned to Athens City Schools where he served as an Assistant Principal at Athens High School.

Mr. Yancey is a native of Alabama; he is  married and the proud father of two children. He enjoys various sports, good food, music, and spending time with his family.