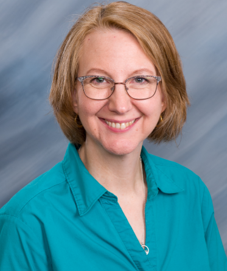 Mrs. Orton has a Master of Arts in Secondary English Education from the University of North Alabama, and a Bachelor of Arts in Religion with a minor in biology from Oklahoma Baptist University. She holds teaching certificates in Alabama and Texas. Her teaching fields include math, English language arts, Spanish, science, and English for speakers of other languages.

Mrs. Orton's professional teaching career began after her ninth grade year, when she tutored a third grade student in math as her summer job. Her experience includes teaching English in China as well as teaching middle school and high school in the United States.  Subjects she has taught include mathematics, science, typing, English, German, and Spanish. Mrs. Orton began teaching at Discovery in 2019.

Mrs. Orton is teaching on a TEAMS contract and is in the process of becoming a National Board Certified Teacher.

Mrs. Orton speaks Mandarin Chinese, Spanish, and German in addition to English. She moved often as a child, since her father was in the United States Army. She has lived in Japan, Korea, China and Germany, in addition to multiple states in the US. Mrs. Orton sees learning new languages as a way to connect with people from a variety of countries and cultures.

Mrs. Orton is married and has three daughters. Her husband is a Spanish teacher at Rainbow Elementary and Madison Elementary. The family enjoys cooking together, playing board games, and traveling.